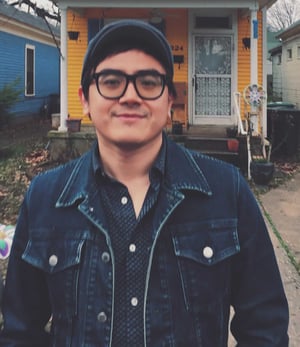 In September of 2018, Raf Cevallos and his classmates in Web Development Cohort 25 were working on their final capstone projects and preparing to graduate. A little over two years later, Raf has continued to grow in his career and is now a software engineer at a remote company. In reflecting back to his time at Nashville Software School (NSS), Raf shared several skills that he learned at NSS that prepared him for his first job after bootcamp. From technical skills like understanding the Github workflow to soft skills such as working as a team, even when it’s difficult, and how to learn from others. But the most valuable thing he learned during bootcamp was how to think like a software developer and break down problems into manageable pieces and that failure is a part of the process.

Before attending NSS, Raf believed that “failure [was not] an option.” He shared, “NSS and beyond has shown me how irrational and unreasonable that kind of thinking is. Development is all about failure, so embracing it wholeheartedly frees up your mind to solve problems and celebrate any incremental steps made towards a solution.”

Raf now embraces failure rather than giving up before he fails.

I know it's crucial to just get your foot in the door but starting off with a job that's a bad fit can be detrimental to your overall well-being and development.

To ensure you’ve found a good fit, he encourages grads to ask hard questions, sharing “their answers -- or lack of -- can be very revealing.” He recommends asking the team and manager about how they support their junior teammates. You will want to find a place that will mentor you and not just “throw you in the deep end without a life preserver.”

Continued Learning And The Benefits Of Networking

A career in tech is geared towards those who always want to be learning. Raf has continued to build his skills since graduating from NSS. On the technical side, he has learned Ruby on Rails, CMS (Content Management Systems), eCommerce, unit/integration/e2e testing, and Next.js. He’s also learned to avoid comparing himself to others and to “not engage in Hero Worship.” Everyone has different strengths and comparing yourself to your peers or “heroes” is not productive for your own learning journey.

Raf continues to grow his network by attending meetups and giving back to NSS through volunteering at Common Tables, Roundtables, and talking with students who reach out to him directly. After you land your first job, Raf recommends choosing one or two meetups that are supportive and inclusive to stay connected to the community without burning yourself out. The community you build and stay engaged with will continue to support you throughout your career. When he was ready to move on to his second job, he posted on social media that he was looking for his next opportunity and an NSS alum reached out to and encouraged him to apply for an open position at their company.

Always be kind to people because you never know who can help you find a gig or keep you from getting a gig. I landed both of my jobs because I knew someone.

We can’t wait to see what Raf accomplishes over the next two years!