A fascinating discussion that has evolved since our founding and the launch of coding bootcamps in 2012 involves the role(s) of bootcamp-style programs in reshaping, disrupting, and/or complementing traditional higher education. There have been opinions on all sides of these issues over the last seven years. As time has passed, we now have a small bit of track record and evolution of bootcamps to assess, and as traditional colleges and universities have started to co-opt the bootcamp model in various ways, the discussions have started to get a bit more consequential. 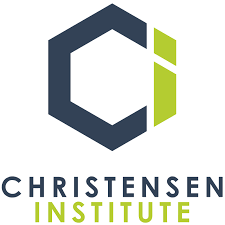 In the last couple of months, the Christensen Institute published an important research report on the future and impact of bootcamps. The Christensen Institute is of course named for Clayton Christensen, the originator of the concept of Disruptive Innovation and someone who predicted a few years ago that a high percentage of traditional colleges would be gone within a decade or two - disrupted out of existence. The report was written by Richard Price and Alana Dunagan and is titled: “Coding Bootcamps: How short-course training programs could change the landscape of higher ed.” The report discusses five different scenarios regarding the future of bootcamps - you can read a summary of the research report in the blog post: Innovators Worth Watching: Bootcamps.

In the course of their research, Richard and Alana studied a number of bootcamps to better understand the differing business models and ways that a variety of bootcamps were going about their jobs. One of the schools they studied was Nashville Software School, which of course we took in stride: “shucks, y’all want to talk to little ol’ us?” Or something like that.

The result of their conversation with us is a companion to their bootcamp report, which was published on the Christensen site a couple of weeks ago. It’s titled “How One Bootcamp is Solving the Tech Talent Pinch in TN” and we think it gives a nice overview of NSS (as long as you remember that the research was done back in 2018). We’d like to thank Richard and Alana for including NSS in their research and for publishing the profile. And if you’re interested in topics related to the future of higher education, the Christensen higher education blog is a good follow.

At NSS, we’ve not taken much of a public stand relative to these issues. It’s more our style to keep our heads down and focus on giving talented people an opportunity to launch a tech career in Nashville. It has been great to start to get some national recognition for the different approach to the bootcamp model that we’ve implemented here in Nashville. While up to now we’ve been a very interested observer of those discussions, we’ve got some of our own views on the matter which will start to be more visible over the next 18 months as we roll out new programs. Watch this space for more.