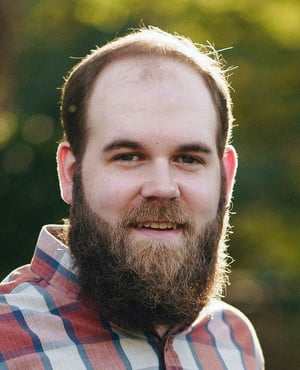 Mike Parrish started learning to code quite unexpectedly. He was working as a cost estimator when the company’s web developer quit. Mike's boss decided not to hire another web developer and to turn the website over to Mike. There was just one problem. “I had never worked with code before in my life!” he exclaimed. But he was up for the challenge and fell in love with it.

After deciding to make a career transition to software development, he explored the degree path. Unfortunately, none of his credits from ITT Tech were transferable. Not wanting to start all over with a degree, Mike spoke with a few working developers and technical recruiters. They all told him the same thing – look at NSS.

As a part of Cohort 27, Mike faced a lot of roadblocks, but shared, “Roadblocks are part of the learning environment. I was able to take something from every one of them. ”

For his front-end capstone, Mike tapped into his love of World of Warcraft and built an app that mimics the character generation process of the game. He built the app using React and Bootstrap 4. Explore his app, World of Apathetic Heroes.

Trust the instructors and the process!

Mike's favorite part of his six-month experience was starting his back-end capstone. He was able to connect everything he learned into one project. Plus, he built an app that he’s very excited about. Based on his experience as a commercial construction estimator, he built a cost estimation app that allows the user to keep track of their clients and projects. He built it with C#/ASP.NET, MVC, and Bootstrap 3. “[It has a] much nicer UI than the old crazy Excel application I was using,” he explained.

During his job search, Mike is continuing to build on his back-end capstone. He is currently working on a project management feature. He likes the design freedom of front-end development but really enjoys manipulating data in back-end development.

Check out all of the recent grads on Cohort 27's class website.