Deciding Between College And An NSS Bootcamp | Graduate Spotlight 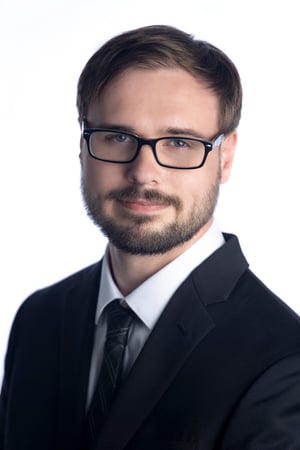 After his family moved from Michigan to Nashville, Levi Schubert decided to follow. Unfortunately, none of his credits from Michigan Tech were transferable to a school in Middle Tennessee. Rather than restart his college education, Levi decided to explore Nashville Software School (NSS). His family was skeptical about a six-month bootcamp, but after attending an NSS info session, they gained confidence in the NSS program.

Coming from the college learning environment, Levi’s biggest challenge as a part of Cohort 25 was getting used to the group project environment and incorporating agile methodology. But the real-world dynamic that group projects and agile created became his favorite part of the program. During the six-month bootcamp, he didn’t just learn to code; Levi was preparing himself for this first job as a developer and learning languages and processes used by Nashville employers.

He offered some valuable advice to current students.

When you get home (at the end of the day), don't worry about trying to catch up on what hasn't sunk in yet. You'll wear yourself down. Downtime is incredibly important, just as much as focusing on the material in class.

And sometimes walking away from your code is just what’s needed to solve a problem you’re stuck on.

For his front-end capstone, Levi built a website for the podcast he and his friends created, called Off The Cuff. He built it with React and JSON, used Auth0 for login, and implemented a forum. He plans to refactor the back-end to support the upload of MP3s.

BandShare is his back-end capstone project. It’s a full stack application that allows users to find new artists and songs based on the genre they want to hear. Since music apps like Spotify and Google Play focus on a lot of the same artists, Levi wanted BandShare to focus on artists with a smaller reach. He built BandShare with React and Django Rest and used Wavesurfer.js for the waveform audio player.

Levi made a few great connections on Demo Day. AllianceBernstein invited him to a series of interviews the following week which led to his first job as a developer! Levi’s decision to get an accelerated education with NSS has allowed him to get a head start on his career.

At AllianceBernstein, Levi is quickly learning C# after learning Python at NSS. He received his first ticket on his second day and is almost finished, well ahead of the target completion date. He credited several NSS practices for preparing him for his first few weeks on the job.

“NSS helped by dropping me into things. Life is stressful, but you have the skills to learn,” he shared. At NSS students learn to write applications from scratch, but they also work with existing code. Levi found the experience with existing code immediately useful on the job.

He added, “knowing what questions to ask and when to ask is vital. The instructors left some projects vague on purpose to help teach us this. The same thing happened on my first ticket. I had to ask if I could make adjustments that would affect other areas of the application.”

Check out all of the recent grads on Cohort 25's class website.