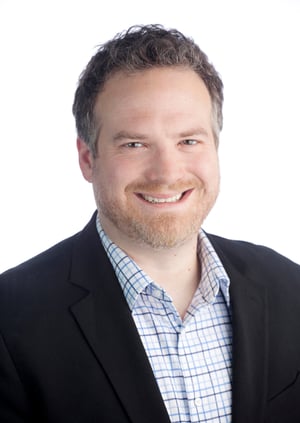 Before attending Nashville Software School (NSS), Dan Watson was a professional photographer. After dabbling in web development to create a website for his business, he knew he wanted to learn more and eventually work for a company instead of himself. When exploring his education options, he liked NSS’s six-month curriculum and mission as a non-profit. Dan’s creative background was perfect for our first front-end web designer/developer bootcamp and he made the decision to join Cohort 24.

During his six months at NSS, Dan learned to work through regular roadblocks when learning new material.

Looking back, I realize how much I was able to learn and push myself in that amount of time.

He encouraged new students to complete their pre-work and to start thinking about a few projects they might want to explore for their capstones.

For his mid-course capstone, Dan created a web app to address a problem he had as a photographer. Each shoot required a different set of equipment, so he created an app to organize his equipment with a checklist of what he needed for each job. He was able to assign equipment to a bag so that he knew where to locate it.

In his user interviews, he learned that this app would appeal to both consumer and professional photographers. As a result, he created a public view so that newer photographers could see what the pros are using. He built My Camera Bags, with JavaScript, Browserify, SASS, Grunt, and Bootstrap. He is currently rebuilding the app with React for version two.

His final capstone, called Moodible, is an emotional wellness tracker. The app allows users to track their activity and moods. For his user interviews he spoke with those living with anxiety and therapists. He learned his users wanted to be able to edit their notes and that therapists liked that patients could keep track of activities with their moods so that they could identify patterns. To build the app, Dan used React and Bootstrap.

Dan landed his first job as a developer shortly after graduation. He shared a few things he did that he believes made him successful in a short amount of time. With his creative background, he created a personal logo and designed his own resume. He carried this branding through to his portfolio site and made sure the site was a complete and accurate representation of his skills. He also highlighted things he learned on top of the class curriculum to stand out.

Learn more about Dan’s projects on his portfolio site.

Check out all of the recent grads on Cohort 24's class website.