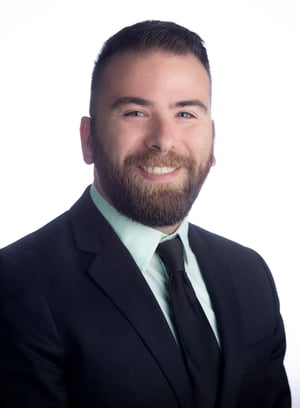 David Dassau graduated college in 2014 with a degree in web design. The degree helped get him started in web and graphic design, but it didn’t really prepare him for a career in either field. He spent his free time learning more about both fields and found that he really enjoyed web development. While he was thinking about ways to add web development to his skill set, his friend, a developer at a local company that hires Nashville Software School (NSS) graduates, encouraged him to look into NSS. When comparing NSS to getting another degree, David appreciated that he could learn the skills he needed to get a job in just twelve months, all while working to support his family. He also knew that he learned best in a structured classroom environment and decided to join our part-time program with Evening Cohort 6.

Enrolling at NSS has been the best decision I've made since getting married, no doubt.

David shared, “It’s been one of the longest years, but it’s also gone by in a flash. I feel so much more prepared for my first developer job than I could have ever been teaching myself or going somewhere else.”

David encountered several roadblocks along the way, including his own learning style. “I would pit myself against my classmates,” he explained, “and when they would always catch on quicker than I would, I would become discouraged, and frankly pretty depressed. It wasn't until about halfway through my time in the back-end that I realized (thanks to instructor Martin Cross) that I simply had a different learning style. Once I was able to acknowledge my particular style of learning, I became more confident in my abilities as a programmer and more patient with myself when it came to either learning something new or refining current skill sets.”

David’s advice for current students? “Remember your ABCs, aka Always Be Coding. It is paramount to your education and growth as a developer that you go all-in at 100%. That means you should constantly be writing code, as well as learning and keeping up with what's new in the world of software development.”

For his front-end capstone, David built an app called You’re Going To Need A Bigger Quote.  As someone who “lives and breathes” movie quotes, he thought it fitting to build an app that lets users add and save their favorite movie quotes. He built the app with HTML, Sass, Bootstrap 3, JavaScript, AngularJS, and Firebase.

His back-end capstone, called Stuffy Librarian, lets users add all of their media (movies, books, CDs, vinyl, etc.) to the app. Users can identify items they have loaned to friends or family, or sold, and keep track of what they own. He built the back-end of the app with C#, ASP.NET (.NET Framework), SQL Server Management Studio, and Dapper. He built the front-end with HTML, CSS, Bootstrap 4, JavaScript, AngularJS, and ChartJS.

Since graduation, David has landed his first job as a web developer and in his free time is building an application for a directory of online retailers that sell products that are responsibly made (i.e. locally sources, made from 100% recycled material, etc.).

To learn more about David's capstones, visit his portfolio site.

Check out all of the recent grads on Evening 6's class website.