From Video Game Commentator To Developing A Game | Graduate Spotlight 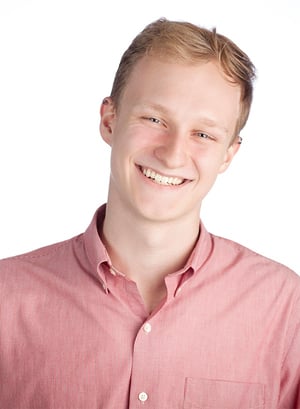 Tim Conner was an eSports broadcaster before making a career switch to software development. He enjoyed his work as a commentator for video games, but it didn’t offer any great growth opportunities. He decided on software development as a career shift because he enjoys building software, learning the languages, and the “instant gratification of seeing what you built.”

Tim chose NSS based on recommendations from others and joined Cohort 23. He enjoyed a learning environment where he could “learn with people who also wanted to learn.”

During the learning process, Tim found it challenging to talk about coding concepts. He explained, “The point of the conversation or the question being asked was often muddled by lack of context. It's quite hard to accurately communicate code issues without looking at the code. In teams, this would lead to tension because I did not understand what the other person was referring to, or I thought they were referring to something they actually were not. I found that referring to specific lines of code or files that I thought were related, or showing coding examples, helped the most.”

The amount of time you put in is what you get out, not how much experience you had before.

For his front-end capstone, Tim built a multiplayer “capture the flag” style video game called Squirrels V Dwarves. He had worked with game engines before and was curious to know how it would work with JavaScript. He explained, “I am fascinated by the ‘foundations’ of applications and how they work.” He researched how to build a connection between multiple computers so that they were in the same game world and what was required for a game engine built with vanilla JavaScript. To build the game engine, he had to program an animation engine, physics engine, and state machine, all in JavaScript. His biggest challenge in building the game engine was syncing frame rates between machines. He also used AngularJS, Firebase, and Lodash to build the app.

Jot, his back-end capstone, was built to fill a need not met by current note-taking apps. Most note-taking apps require several pieces of information before you can start typing out your note. Tim shared, “by the time I would fill in that information, I would have forgotten my note.” Jot streamlines the digital note-taking process by allowing the user to enter their note without extra information. The app then organizes the notes using Watson Natural Language and Understanding to categorize the notes by keywords it identifies.

Before building his app, he spoke with fellow writers to gain their input. He drew several wireframes during this process so that he had a solid user interface prior to coding the app. He built Jot with React/Redux, Watson Natural Language Understanding, Node.js, Express, PostgreSQL, Sequelize, and Materialize UI.

While he searches for his first junior developer job, he is learning C++ so that he can develop other programming languages.

To learn more about Tim, visit his portfolio site.

Check out all of the recent grads on Cohort 23’s class website.