Bring Your Skills With You | Graduate Spotlight 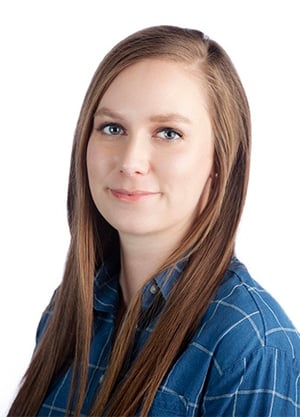 Are you in a career you love, but don’t see any growth opportunity? Becoming a software developer may allow you to pivot your career. Some of our graduates find jobs as junior software developers in the same industry or that utilize the skills they built before bootcamp. Jesse Page was able to pivot and still use her sound design skills.

Prior to attending NSS, Jesse was a sound designer and post-production audio engineer. She was the senior audio producer for 52 television episodes a year that aired on Spike TV and Anthem Sports networks. She also worked on 12 pay-per-views. Her job was a lot of fun, but to grown in her career, she needed to learn a new skill. She was interested in game development and knew that whether or not she decided to pursue that path, she needed to learn to code.

As a part of Cohort 22, she found a new set of roadblocks almost every day, but those roadblocks were when she learned the most. Learning software development is hard work, but it’s also a lot of fun. Jesse shared, “I had more fun during six months at NSS than I did in four years during undergrad. Being surrounded by like-minded, hard-working people every day pushed me to work harder too.”

If you’re considering an NSS web development bootcamp or have recently been accepted, Jesse recommends you stay on top of your pre-work. She advised, “If you think you’re doing enough pre-work before school starts, do more. I felt like I was playing catch-up, even though I was doing pre-work every day leading up to school.”

She encouraged current students to consistently attend the same meetups. It will allow you to build relationships with those you meet there. Familiarity is key. But don’t count out your friends and family during your job search. They may have great leads for you too!

Jesse worked on the same application for her front-end and server-side capstones. BYOB(lanket) allows users to connect with hosts who have a couch or bed available for a nap. Nappers can book space in one-hour increments to recharge. Hosts can manage all of their NapSpaces in the app and block out dates when the space is not available. She built the front-end application with AngularJS, Bootstrap, and Google Maps API. She built the server-side API with C# and ASP.Net

Jesse landed her first developer job before graduation. She had done some audio work for BlackBox Realities and heard from a friend that they might be hiring. She reached out to see if they were in need of a junior developer and they were! As a bonus, they also needed someone to handle their sound design. It was a perfect match for Jesse’s skill set. She shared, “I was excited that it was such a great fit and an opportunity for me to use my sound design skills as well as all the things I'd learned at NSS.”

Check out all of the recent grads on Cohort 22’s class website.