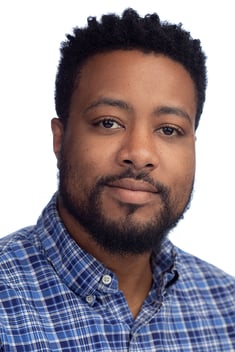 After graduating in June of 2019 from Web Development Cohort 30, Trevan Young became a cloud engineer. He has now moved up the ranks as a cloud infrastructure engineer. Trevan reflects on how his first job after graduating ultimately prepared him for his second job and what he learned during that time.

LEARNING ON THE JOB

At NSS, a popular phrase you will hear in the classroom is “learning how to learn.” Our first priority is establishing a solid foundation for our students to be able to not only continue to grow as a developer after graduation, but thrive in their ability to learn.

Trevan shares that he prepared for his first job in DevOps by gaining a “deeper understanding of front-end and back-end web applications” and other associated technologies. Once on the job, he was able to learn even more technical skills that prepared him for his second job in DevOps like Azure, AWS, New Relic, and IIS.

Technical skills are great to have under your belt as you begin to build your professional experience, but they aren’t the whole picture when it comes to the workforce. Soft skills are just as important to any career as technical skills, and Trevan was able to rack up new soft skills during his first job as well. He shares that he learned how to communicate DevOps information to other teams, such as explaining networking to the front-end development team.

Learning about work cultures, [what] technologies local companies are using, where people are trying to work vs not work, benefits offered, [and so on], gave me more information on how to go about my next job search.

When it comes to preparing for a job search, applying for jobs, or interviewing, Trevan says that in his experience, “networking and personality go further than a job application”.

Growing your network is another soft skill that is crucial to a successful career in any field. Trevan shares what he found most helpful while networking in the tech community.

“Pre COVID-19 I was in several IT related Slack channels and social media groups. However, even outside of that, I've met a lot of IT professionals online during this time as well. Polite conversations can be more beneficial than many people think. For example, a friend in a car enthusiast group was friends with a few people looking for developers when I finished NSS.”

Now Trevan is on to his second DevOps position as a Cloud Infrastructure Engineer and is working with “Terraform in conjunction with AWS to set up servers.” He also likes to keep his skills sharp by building applications outside of work with JavaScript and C#.

Thanks for catching us up, Trevan! We can’t wait to see where you go next!