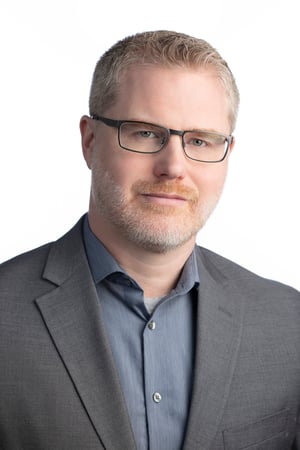 Trey Suiter was a Telecommunications Technician for AT&T, supporting their legacy services, climbing telephone poles and running cables for the company. After talking to some of his tech-friends about a potential career pivot, one friend suggested Nashville Software School (NSS).

“I was already taking classes at Nashville State Community College (NSCC) for Networking and took an intro to programming and really enjoyed it,” he explains. “I decided to become a developer due to my incessant need to learn, challenge myself, and help others succeed.”

While attending NSS, Trey was also taking night college classes, which proved to be a real ‘balancing act’ for him to overcome. “It took a lot of effort, took a lot of keeping my schedule pretty tight,” he recalls. “I am looking forward to getting some time to reflect.”

One of his favorite parts of his NSS experience was “working face-to-face with my peers to accomplish what seemed, at the time, insurmountable”

I fell in love with the environment the first time I stepped off the elevator. I thought to myself, ‘this is how people should be learning.'”

Trey’s front-end project, JamBuddy, connects musicians who know how to play the same songs and want to play music with other people. Trey wrote JamBuddy in JavaScript, React and Material UI with aJSON Server.

Users create an account and list the instrument they play along with the songs they know how to play in their set list. They can then search for other users who have matching songs and filter the results by instruments. “The app was made for folks who ‘gigged’ on Broadway [in Downtown Nashville],” he explains. “Say if their fiddle player drops out at the last minute and they need someone who can play their set list” JamBuddy can help them find someone to fill in.

For his back-end capstone, Trey wanted to build an application that brought in his networking talent. “I built NetBuddy to aid people who are studying for Cisco certifications, like myself.” NetBuddy is a Django web app, using Python, SQL, Netmiko library, and TFTP server. Users can log into their Cisco device and save and recall router configurations via an SSH connection between the network and the device. NetBuddy is handy for students who have a home-networking lab, so when they work through different scenarios, they can save and recall them at a later time.

Trey is looking for his first development job while he attends NSCC for an Associate of Applied Science in Networking. He is also studying DevOps methodologies and technologies. He would love to work in a field that put his development and infrastructure skills to work.

Learn more about Trey by visiting his website and listening to his podcast!

Check out all the recent grads on Web Development Cohort 36's class website and hear the graduates share their journey into development and their experience at NSS in their podcasts below.